The scripts located in /etc/init.d are part of the bootup sequence of every Debian-like distro. Very often Ubuntu's documentation and guides have suggested -- in order to deactivate init scripts -- to change the permissions of the scripts in /etc/init.d, making them non-executable. This will have the following consequences:
* You'll get an error message at boot time (to avoid it you need to patch all the scripts);
* You are breaking the logical chain stated in debian-policy concerning runlevel configuration.

If the logic of a debian-like system boot up sequence is not very clear and familiar to you, you should not play with symlinks, permissions, etc. In order to avoid messing up your system, Boot-Up Manager will automate all of your configuration in a nice and clean graphical interface.

Boot-Up Manager is a Perl-Gtk2 application to handle runlevels configuration of any debian derivative system. With this program the user will easily start and stop boot-up scripts, without the necessity to handle thru complex links and permissions.

Boot-Up Manager has been developed and tested on Ubuntu, but as it only relies on Perl-Gtk2 libraries, it can be run on any Debian-like system.

You can open BUM from System--->Administration--->BootUP Manager 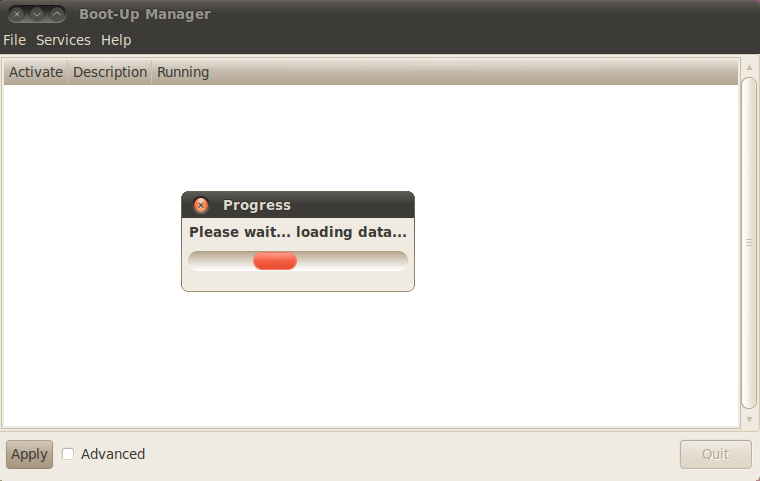 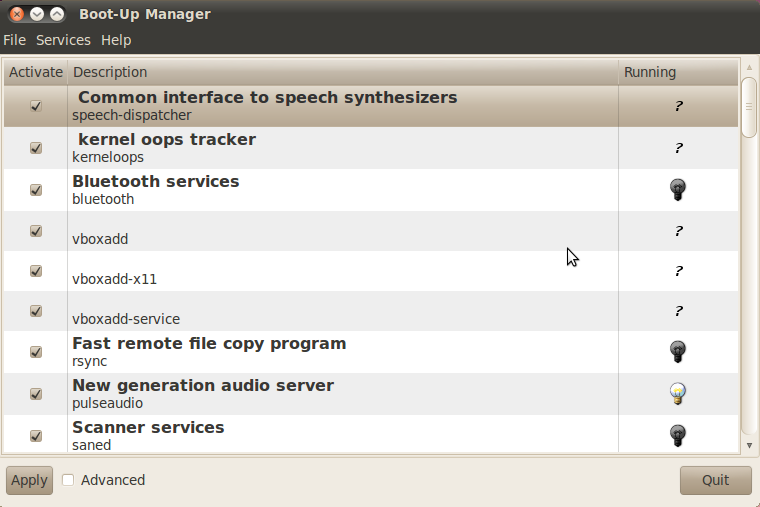 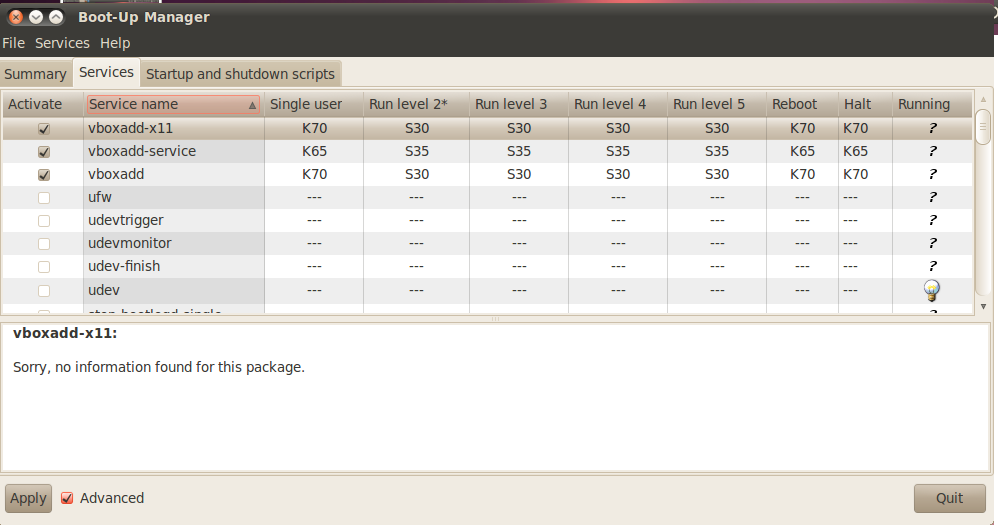 Change start/stop Priority for one service 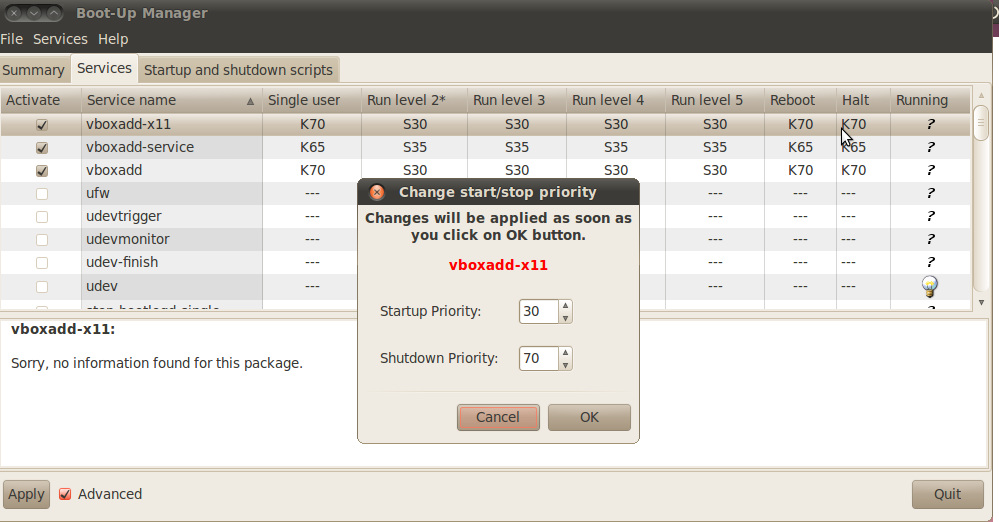