CLI Companion is an application that is used as a compliment to the Linux Terminal. People unfamiliar with the terminal will find CLIcompanion useful to become acquainted with the terminal. Using the built-in commands you can unlock the potential of the Terminal. Experienced users can use CLIcompanion's add command feature to build a command dictionary. Store commands as you come across them and no more do you have to search for them. 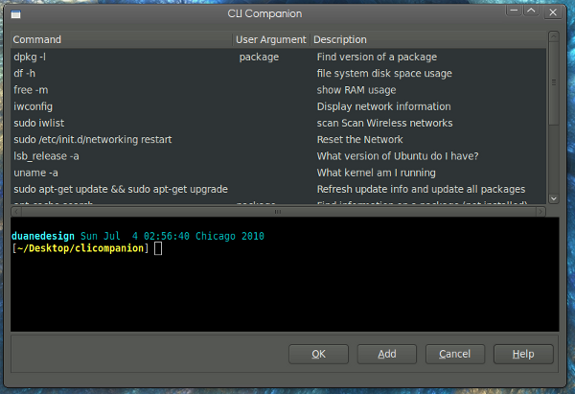 The add command feature allows for three pieces of information to be stored for each command. Be mindful that not all commands will need the user variable field. 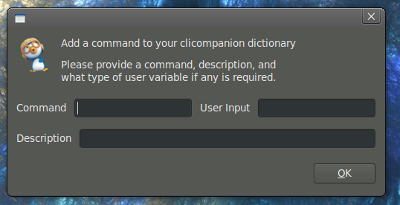