Gnaural is an opensource programmable auditory binaural-beat generator, implementing the principle as described in the October 1973 Scientific American article "Auditory Beats in the Brain" by Gerald Oster. The central theme of Oster's article was that processing of binaural beats involves different neural pathways than conventional hearing. Research inspired by the article went on to show that among other things, binaural beats could be used to induce a "frequency-following response" (FFR) in brainwave activity.
Install gnaural in Ubuntu

Download .deb package from here once you downloaded the .deb package install by double clicking on it or run the following command from your terminal 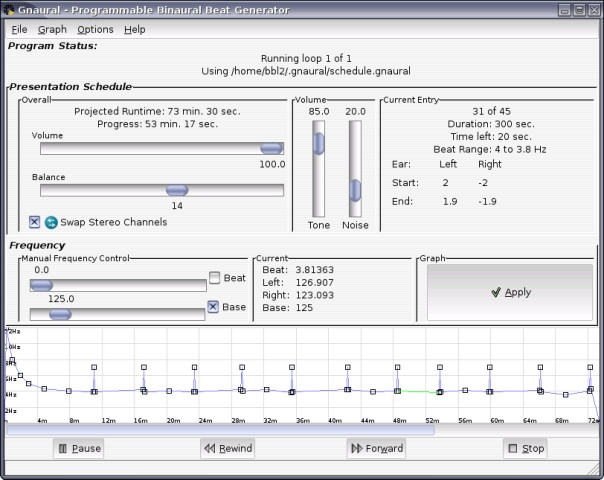