Imagination is a lightweight and simple DVD slide show maker written in C language and built with the GTK+2 toolkit. I noticed a lack of a user-friendly DVD slide show maker for GNU/Linux, so I started developing Imagination. True, there are some other GUIs which do the job, but they usually require a lot of dependencies to be installed first and often their interfaces are bloated. Imagination has been designed from the ground up to be fast, light and easy-to-use. It requires the ffmpeg encoder to produce the movie file and libsox to handle the audio.

Imagination at present features 69 transition effects, random function to automatically set a random transition on all the selected slides, cut/copy/paste ability on the slides, Ken Burns ability, text on the slides with some text animations, ability to add an empty slide with a gradient editor and export of the slideshow as OGV Theora/Vorbis, widescreen FLV video and 3GP for mobile phones.

or use the following command 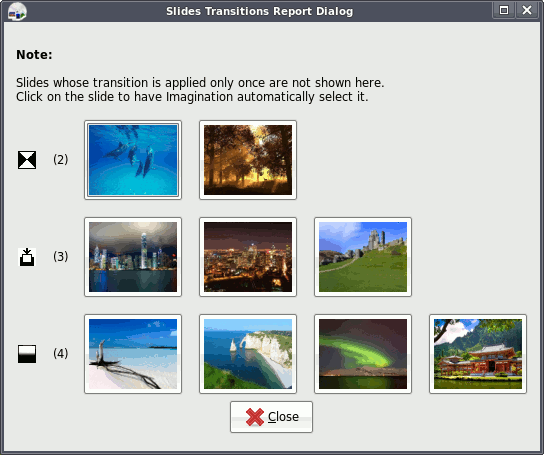 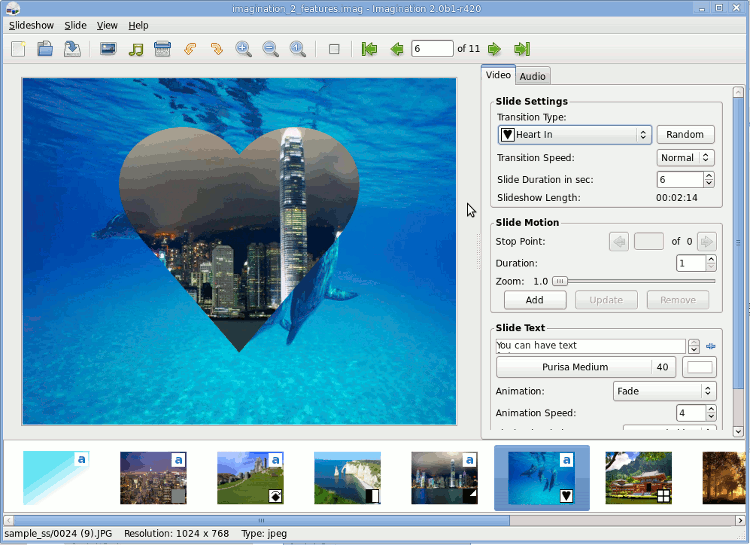 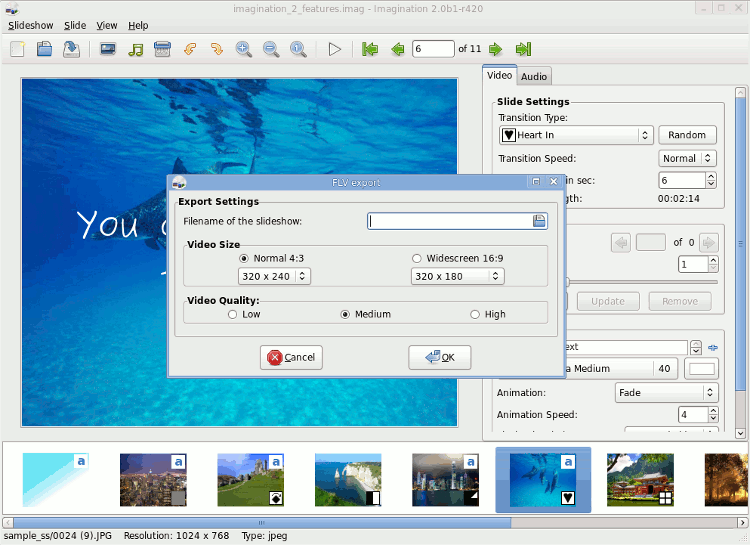