If you want to install JDK use the following command

Once it downloads the packages and begins the installation, you’ll get a screen that contains the Sun Operating System Distributor License for Java here you need to use tab key to select ok 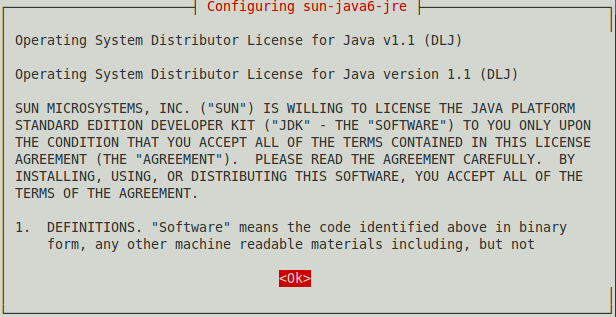 You’ll want to confirm that your system is configured properly for Sun’s JRE.

check that the JRE is properly installed by running the following command from a terminal.