Rosegarden is a MIDI and audio sequencer and musical notation editor whose purpose is to serve as the sequencer of choice for users who prefer to work with music notation. Rosegarden allows you to record, arrange, and compose music, in the shape of traditional score or MIDI data, or of audio files either imported or recorded from a microphone, guitar or whatever audio source you care to specify. You can use Rosegarden to write, edit, and organise music to create a composition, which you can then synthesise, add effects to, and mix down for burning to CD or distribution on the web. Rosegarden also contains well-rounded notation editing support for high quality printed output via LilyPond.

Rosegarden is designed to look and act in a manner familiar to experienced users coming from the commercial software world, while also being accessible and friendly to users new to music software generally.

Rosegarden provides three distinct ways of viewing, editing, and entering MIDI events, including a powerful notation editor that provides many advanced features not typically found in the notation facility of MIDI sequencers. Underneath these three editors, Rosegarden provides a segment-based mechanism for arranging blocks of MIDI and audio data on a canvas that brings something akin to the flexibility of a layer-based image editing program to the realm of music.

Rosegarden is built using Qt – A cross-platform application and UI framework. It uses ALSA to provide MIDI support, and JACK for audio, both of which limit Rosegarden to Linux for the time being, but that should hopefully change in the future, with OS-X being the next most accessible platform, and Windows the most difficult to reach. 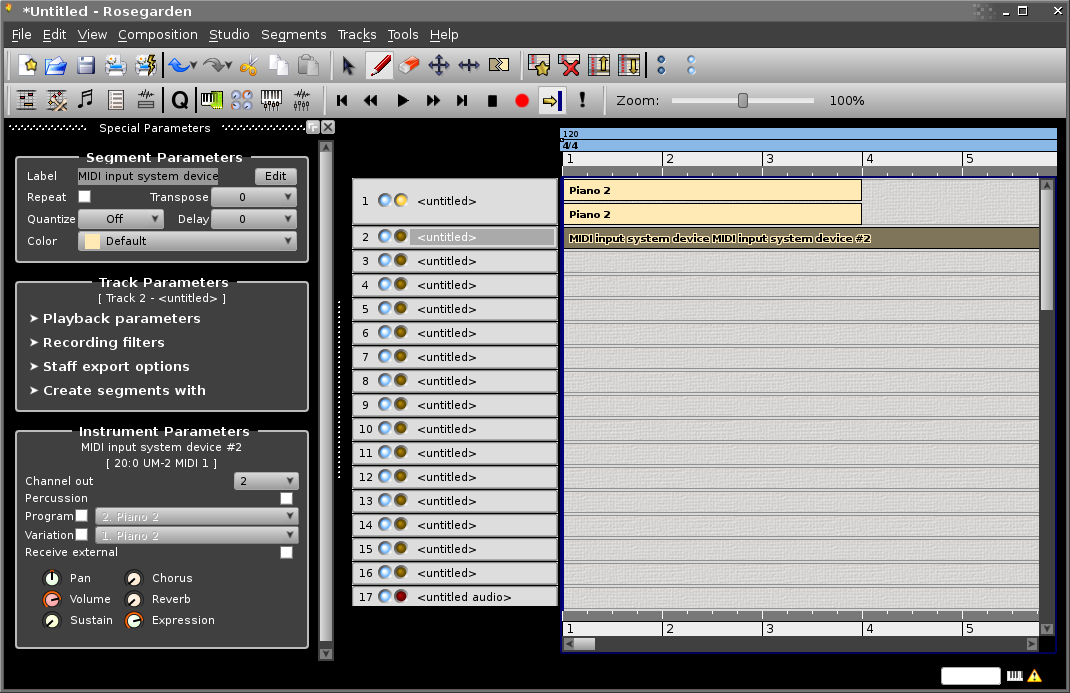 One thought on “Rosegarden – Music editor and MIDI/audio sequencer”