If you are looking for an operating system that offers the best values, none can compare to Linux.

First of all, it's free. Most Linux distributions can be downloaded gratis from the developers' Web site and you can install it on however many computers you want. Secondly, it comes with a lot of things, such as office tools (word processing, spreadsheet, presentation), audio and video playback, Internet and e-mail, instant messaging, and so on. Basically everything a general user would want to use with a computer is there when the installation is done. For those applications that are not there, chances are you can download them for free. 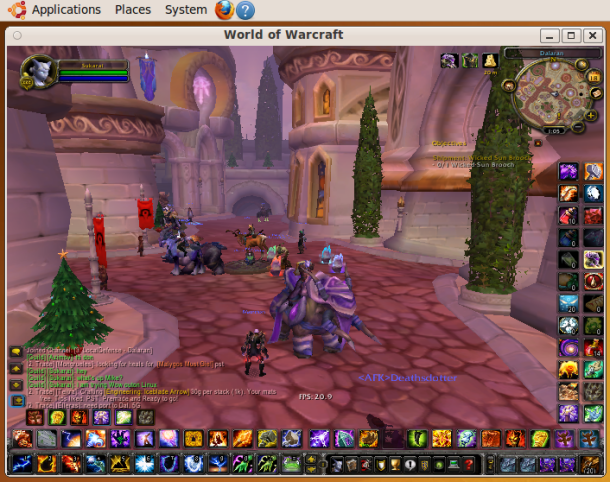 Wine is more than just an emulator; it makes Windows applications run in Linux much like they do in Wndows.

There's also a Linux application called Wine that allows you to run Windows software within Linux. What is special about Wine, however, is the fact that it's not a traditional virtual environment and therefore runs Windows applications very much the way Windows does, without much overhead. Unfortunately, not all Windows applications work with Wine and even if they do, you might not be able to install or run them the way you do in Windows.

Wine, which was developed in 1993, is a recursive acronym for "Wine Is Not an Emulator," though this doesn't make it true that it is not an emulator. Rather than acting as a full emulator, it implements a compatibility layer, providing alternative implementations of the DLLs that Windows programs call, and processes to substitute for the Windows NT kernel. The Wine project has run into a lot of difficulties, mostly because of the incomplete and incorrect documentation of the Windows API. For this reason, after 15 years of development, the first version of Wine (1.0) was release in mid-2008.

Over my Christmas break, I decided to try out the latest version of Wine with my most frequently used Windows application, which is called World of Warcraft (or WoW). Just so that it's clear that I am not antisocial, this didn't take away much time spending with friends and family, as it actually took me less than an hour to do the whole thing.

I started out with getting an ISO image of the ever-popular Linux distro Ubuntu version 91.0. After that, I burned the image onto a CD and started the installation from it.

If you have ever installed an operating system, such as Windows, the installation of Ubuntu is very similar to that. You just need to insert the CD into the optical drive, boot the computer from it, and follow the instructions. The installer will do everything for you, including configuring the hard drive and setting up dual-boot if you want to use it on the same computer that also has Windows installed. In this case, make sure you pick the amount of hard-drive space you want to use for Linux carefully, as this can't be changed once the new OS is installed.