It allows users to open and save alarm lists for easy alarm management. Cuckoo also allows you to hide the window from your Unity launcher to stay out of your way while you work. Cuckoo supports the Ubuntu Unity Launcher, HUD, and Indicator interfaces which allows for you to control Cuckoo faster. With this support, you can interface with Cuckoo in the way that best suits you.


Cuckoo utilizes the powerful GStreamer media framework to play the your media files. 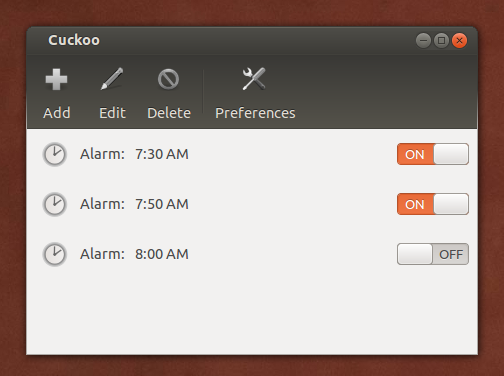 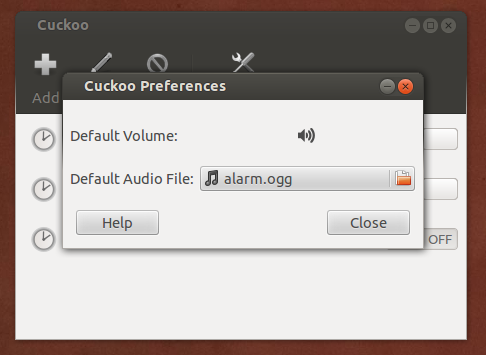