DeaDBeeF (as in 0xDEADBEEF) is an audio player for GNU/Linux systems with X11 (though now it also runs in plain console without X, in FreeBSD, and in OpenSolaris).
Main features (the list is most likely far from complete): 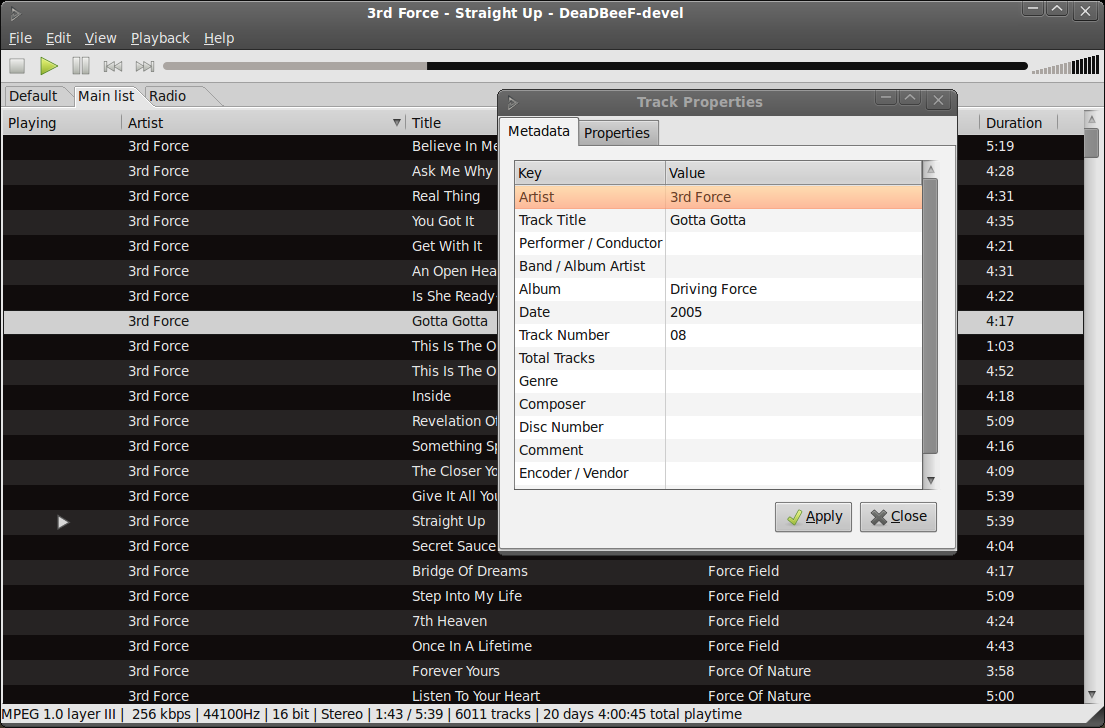