Gaupol is an editor for text-based subtitle files. It supports multiple subtitle file formats and provides means of correcting texts and timing subtitles to match video. The user interface is designed with attention to batch processing of multiple documents and convenience of translating.

Gaupol should run on all Unix-like (GNU/Linux, *BSD, etc.) operating systems and on Windows. Technically, it should run on Mac as well, but that has not been tested nor made convenient. Gaupol's user interface is based on the GTK+ toolkit and has been designed to best fit the GNOME desktop environment.

This will install all the required packages
Screenshot 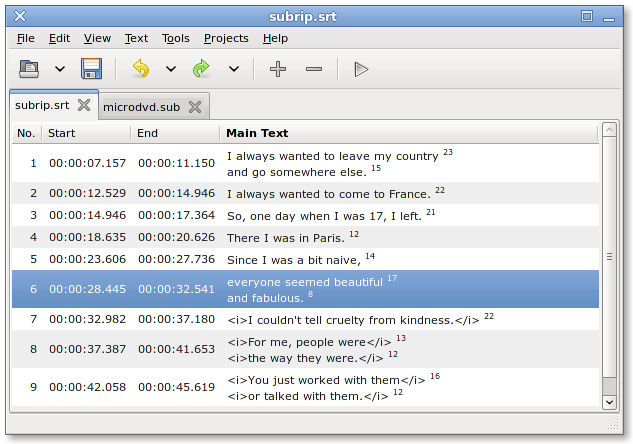