Geany is a small and lightweight Integrated Development Environment. It was developed to provide a small and fast IDE, which has only a few dependencies from other packages. Another goal was to be as independent as possible from a special Desktop Environment like KDE or GNOME -- Geany only requires the GTK2 runtime libraries.
Some basic features of Geany:

Geany is known to run under Linux, FreeBSD, NetBSD, OpenBSD, MacOS X, AIX v5.3, Solaris Express and Windows. More generally, it should run on every platform, which is supported by the GTK libraries. Only the Windows port of Geany is missing some features. 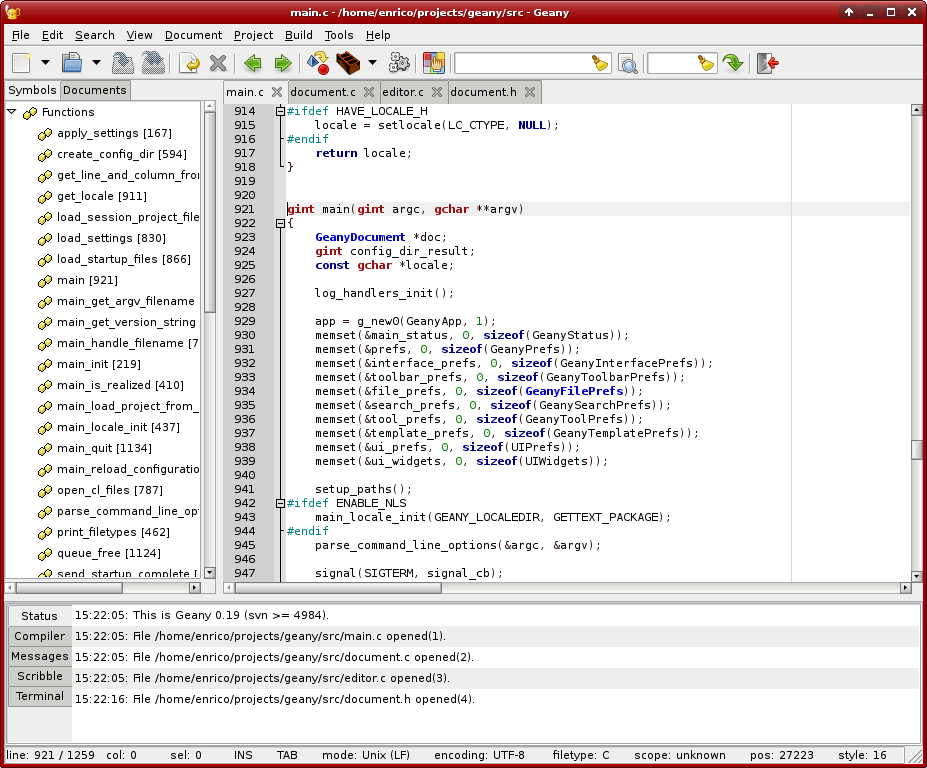