Terminator is an application that provides lots of terminals in a single window, saving valuable screen space otherwise wasted on window decorations and not quite being able to fill the screen with terminals.
Features:

Changes to 0.92 version:- Bugs were fixed. The Palette section of the Profile preferences was finished. 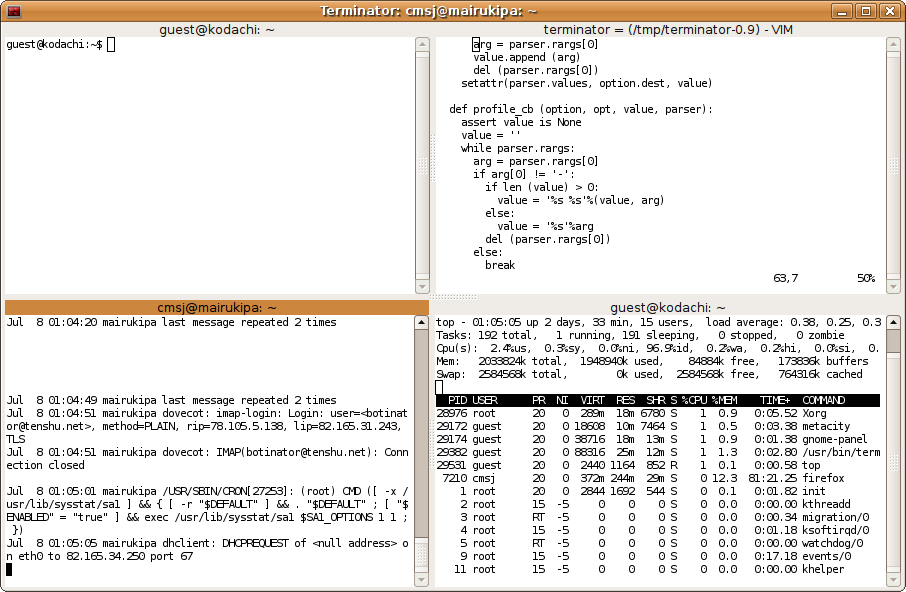