Terminator is an application that provides lots of terminals in a single window, saving valuable screen space otherwise wasted on window decorations and not quite being able to fill the screen with terminals.

What is new in Gnome terminator 0.95

This release is mostly to bring a couple of important compatibility fixes with the newest pre-release of VTE, but we also have some updated translations, improved error handling and two new features for you. The features are a URL handler plugin for Maven by Julien Nicolaud and a DBus server that was the result of some work with Andrea Corbellini -- for now the only thing this is useful for is opening additional Terminator windows without spawning a new process, but we'll be exploring options in the future to allow more control and interaction with Terminator processes.

OPen the terminal and run the following commands 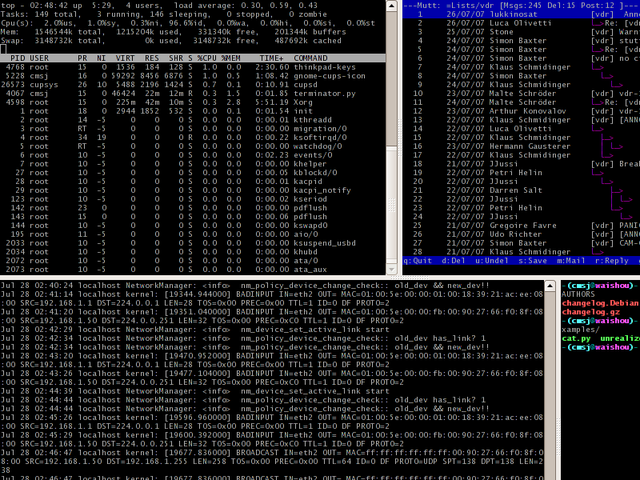