GIMP 2.8 is the result of three years of hard work and collaborative development. This version of GIMP is equipped with a wealth of new features, including some highly requested ones. Keep reading to find out exactly what GIMP 2.8 has to offer you in areas such as the user interface, tools, and plug-ins.

GIMP 2.8 allows dockable dialogs in a dock window to be placed in multiple columns. To create a new column in a dock window, drag and drop a dockable dialog on the vertical edges of the dock window. This is an appealing feature for multi-monitor users where one screen can have a big dock window with all the dialogs and the tools, while all images are on other displays. Developer: Martin Nordholts Interaction Architect: Peter Sikking

A rather big conceptual change is that saving and exporting images now are clearly separated activities. Saving an image can only be done in the XCF format which is GIMP's native file format, able to save all kinds of information necessary for works in progress.

To export into other formats File->Export... needs to be used. This distinction makes it clearer if all available information is stored in a file, or not. There are some optimizations for alternative workflows such as opening a jpg, polishing it, and quickly exporting back to the original file. This conceptual change has also allowed us to get rid of the annoying dialogs that warned about the flatting of images when saving to non-layered formats. Developer: Martin Nordholts Interaction Architect: Peter Sikking

For complex compositions, a flat layer structure is very limiting. GIMP 2.8 lets users organize their compositions better through the introduction of layer groups which allow layers to be organized in tree-like structures. Layer groups are fully scriptable through the GIMP plug-in API. Developer: Michael Natterer

All tools rendering on canvas have been ported to Cairo to provide smooth antialiased graphics and make GIMP's look and feel match modern users expectations. All but a few plug-ins have been ported over to Cairo as well. Additionally all tools now use an on-canvas progress indicator instead of the one in the statusbar. Developer: Michael Natterer

Text editing with the Text Tool is now performed on-canvas instead of in a separate window. The editing on-canvas is rather sophisticated: apart from the usual text formatting features like font family, style and size selectors you get numeric control over baseline offset and kerning, as well as the ability to change text color for a selection. You can also use a combination of Alt and arrow keys to change baseline offset and kerning. This feature was originally developed during Google Summer of Code 2008 and heavily improved since. Developers: Daniel Eddeland, Michael Natterer

Enhancements have also been made to the size entry widget, which is used for inputting most of the x, y, width, height parameters. For example, in the scale dialog it is now possible to write ‘50%' in the Width field to scale the image to 50% of the width. Expressions such as '30in + 40px' and ‘4 * 5.4in' work, too. Developer: Fredrik Alströmer 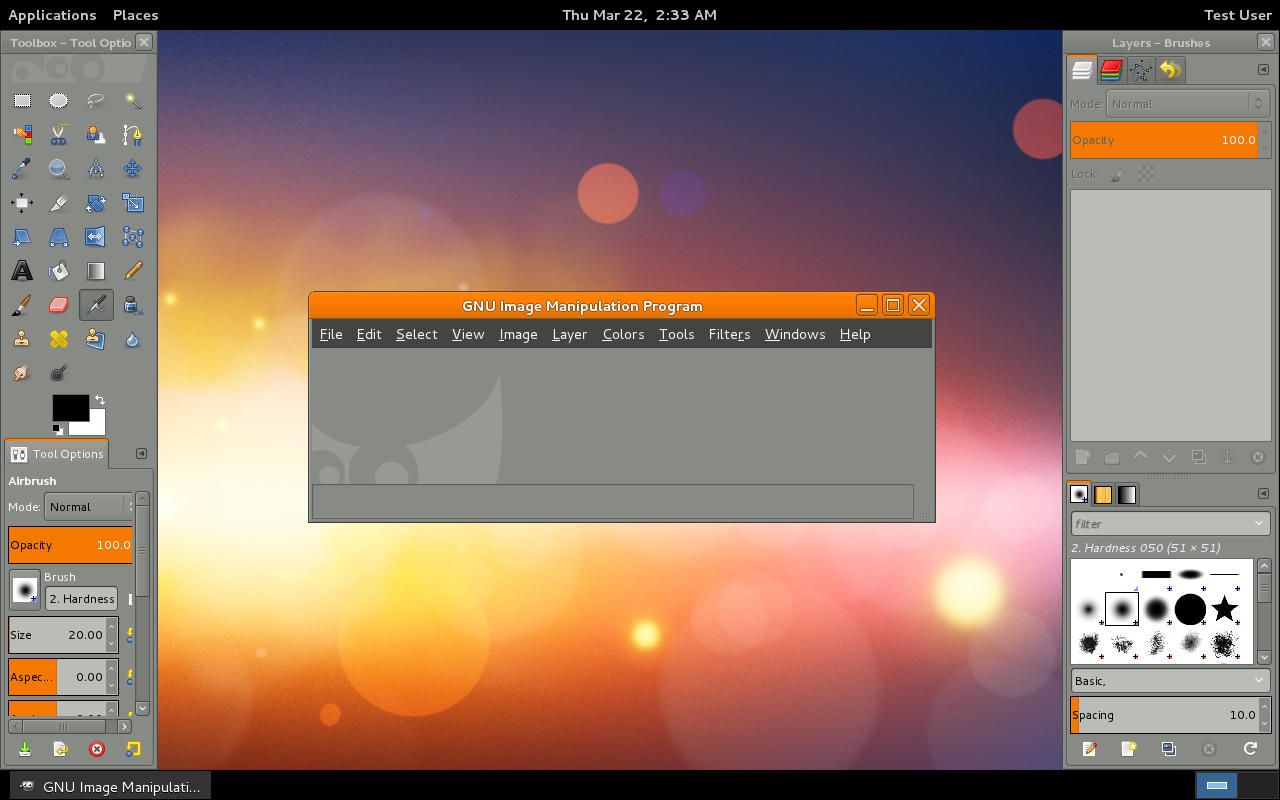 17 thoughts on “How to install Gimp 2.8 in ubuntu using PPA”