Kodi™ (formerly known as XBMC™) is an award-winning free and open source (GPL) software media center for playing videos, music, pictures, games, and more. Kodi runs on Linux, OS X, Windows, iOS, and Android, featuring a 10-foot user interface for use with televisions and remote controls. It allows users to play and view most videos, music, podcasts, and other digital media files from local and network storage media and the internet.

General: So far in version 15 there are no add-on changes that would impact any add-ons except for PVR. Since our 12.x Frodo release there have been some gradual changes but in general all add-ons, even from that time should still work, of course there are some exceptions. If the add-ons worked in Gotham and in Helix then we are happy to say that all these add-ons should still work.

Skins: As of this moment, all skins that worked in 14.x Helix should still work in 15 Isengard. In the PVR sections there are certain changes that might be noticeable and need specific skin changes. These changes are minimal and shouldn’t cause any major problems in usability. There still might be some options still missing which you relied upon first. We’re sure that most skin creators will be updating the skins in due time. Before that happens you should be able to enjoy this beta build without any problems. 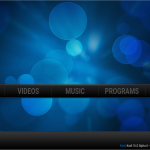 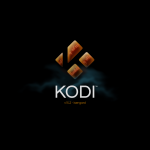 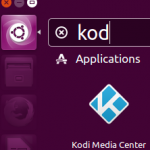