XBMC Media Center is a free cross-platform media player software and entertainment system application framework for Linux, Mac, and Windows. XBMC is capable of playing back and streaming all popular video, audio, and picture formats out-of-the-box.

What is new in XBMC 10.0
**Note that all skins, plugins, and scripts need to be updated by their authors to work with Dharma.
They are now part of the new add-ons system, installable from XBMC itself.

**The HTTP API is deprecated. Please use json-rpc instead.**

* Improved XBMC's GUI Engine / Skinning Framework making it even more flexible and powerful
* Added option to choose "default select action" of the showing info screen for videos
* Added FanArt support for Addons
* Added initial gesture support to XBMC's GUI Engine (adding touch interface API support to guilib)
* Added initial support for Windows Touch API (Windows 7 touch features and functions)
* Added ability for Karaoke player to optionally show the next song that will be played
* Added video information flagging for trailers
* Improved mouse support, added better exclusive control support for dragging of sliders/scroll bars
* Improved mouse click handling and added the possibility of long verses short clicks detection
* Updated translations for most languages (thanks to all community members who contributed!)
* Renamed "Plugins" in the Addons UI to "Media Sources" as that is what they are now
* Removed AAC, MP1, MP2, and MP3 passthrough options settings from the GUI
* Removed all Xbox only strings from the language files since the Xbox platform is no longer supported 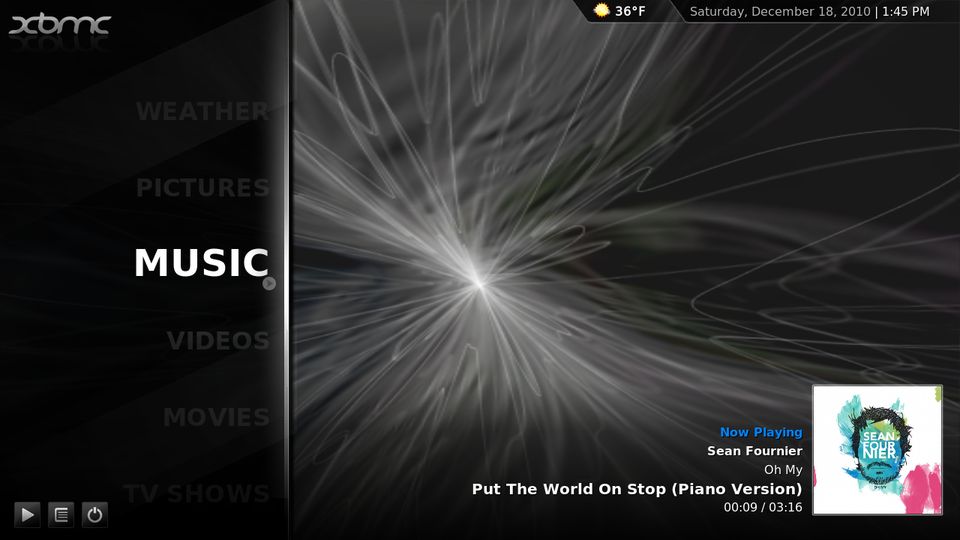