Miro (previously known as Democracy Player) is a platform for Internet television and video. It allows you to download and watch videos from RSS feeds (including podcasts, video blogs, and BitTorrent feeds).

Miro 5.0.2 is released and contains a few important bug fixes. 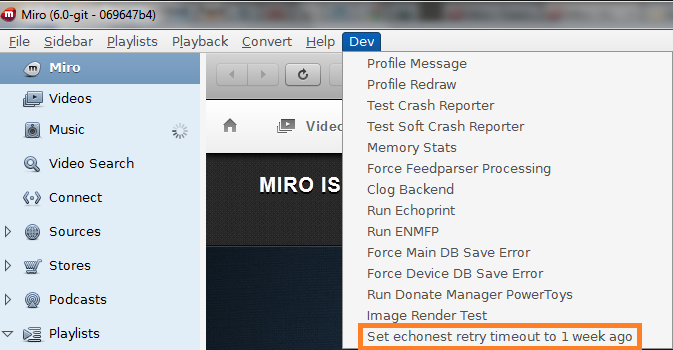