When used as a virtualizer, QEMU achieves near native performances by executing the guest code directly on the host CPU. QEMU supports virtualization when executing under the Xen hypervisor or using the KVM kernel module in Linux. When using KVM, QEMU can virtualize x86, server and embedded PowerPC, and S390 guests. 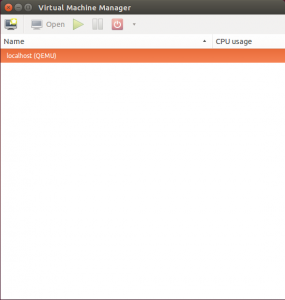 AQEMU is GUI to QEMU and KVM emulators, written in Qt4. The program have user-friendly interface and allows to set up the majority of QEMU and KVM options.

Qemu Launcher provides a graphical front-end to all basic, and many advanced QEMU computer emulator options. It allows you to create, save, and run multiple virtual machine configurations, create and convert disk images.Qemu Launcher utilizes the full system emulation mode of QEMU that allows you to run unmodified operating system on virtual hardware. 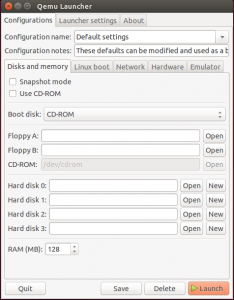 They are other web interface tools qtemu,qemudo and kimchi and need to be install from the source.