QWinFF is a cross-platform, easy-to-use media converter frontend to FFmpeg. FFmpeg is a powerful command-line utility to convert audio and video file into numerous formats. QWinFF features a rich set of presets to help users use FFmpeg easily without having to manually input command-line flags. Average users can convert multiple media files in just a few clicks, while advanced users can still adjust conversion parameters in detail.

QWinFF is written in Qt4/C++ and currently runs on Linux and Windows.

The FFmpeg included in the repository of Ubuntu disables certain formats that are considered restricted due to legal reasons. However, many of these formats are commonly used in exchanging media files. To compensate for these limitations, there's a project named Medibuntu that aims to provide packages that cannot be included in the official repositories of Ubuntu. Now I'll tell you how to download Medibuntu packages to enable the restricted formats in your Ubuntu box. 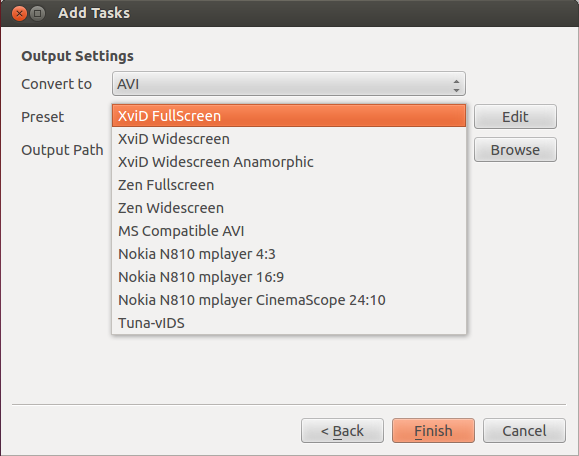