Rapid Photo Downloader for Linux is written by a photographer for professional and amateur photographers. Its goal is to be the best photo and video downloader for the Linux Desktop. It is free software, released under the GNU GPL license.

* Generates meaningful, user configurable file and folder names
* Downloads photos and videos from multiple devices simultaneously
* Backs up photos and videos as they are downloaded
* Easy to configure and use
* Runs under Gnome, KDE and other Linux desktop environments
* Available in seventeen languages
* Program configuration and use is fully documented

# Added support for mod, tod and 3gp video files.
# Hachoir-metadata is now used to extract selected metadata from video files. It has less bugs than kaa-metadata, and is better maintained. One benefit of this change is that more video file types can have their metadata extracted. Another is that the video creation date is now correctly read (the creation time read by kaa metadata was sometimes wrong by a few hours). Kaa-metadata is still used to extract some the codec, fourcc and frames per second (FPS) metadata.
# Fixed bug #640722: Added preliminary support for Samusung SRW files. Current versions of Exiv2 and pyexiv2 can read some but not all metadata from this new RAW format. If you try to use metadata that cannot be extracted, Rapid Photo Downloader will issue a warning.
# Fixed bug #550883: Generation of subfolders and filenames using the time a download was started
# Fixed bugs related to missing video download directory at program startup.
# Added command line option to output to the terminal information usesful for debugging. 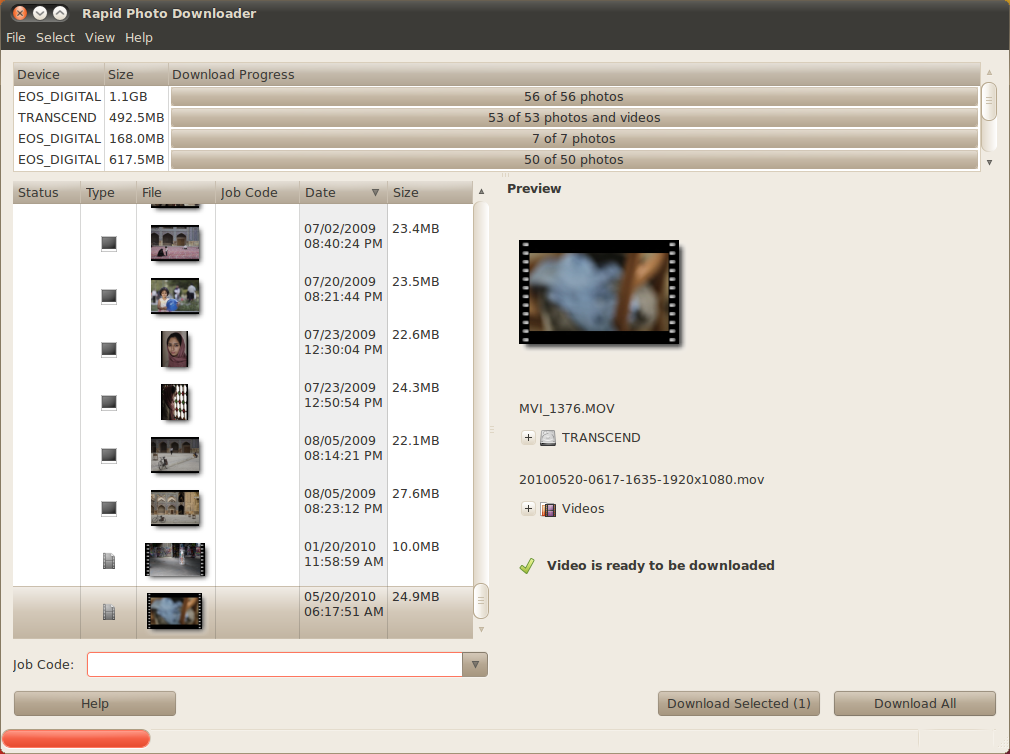