Smuxi is based on the client-server model: The core application (engine) can be placed onto a server which is connected to the Internet around-the-clock; one or more frontends then connect to the core. This way, the connection to IRC can be kept up even when all frontends have been closed. The combination of screen and irssi served as example for this architecture.
Smuxi also supports the regular single application mode. This behaves like a typical IRC client; it doesn't need separate core management and utilizes a local engine that is used by the local frontend client.

Why did you start making Smuxi, we have many IRC client out there?!

Development of Smuxi started in 2004 making an IRC client that fits the needs I could not satisfy with irssi. I was using irssi over 4 years and it's the best the IRC client I have used so far. Most annoying was that it didn't integrate at all into my desktop experience (such as mouse / clipboard / theming / highlight handling). Thus irssi inspired lots of features and commands seen in Smuxi. Smuxi pioneered the separated engine / frontend concept inside a single graphical client application and has been the focus of development since ever then. 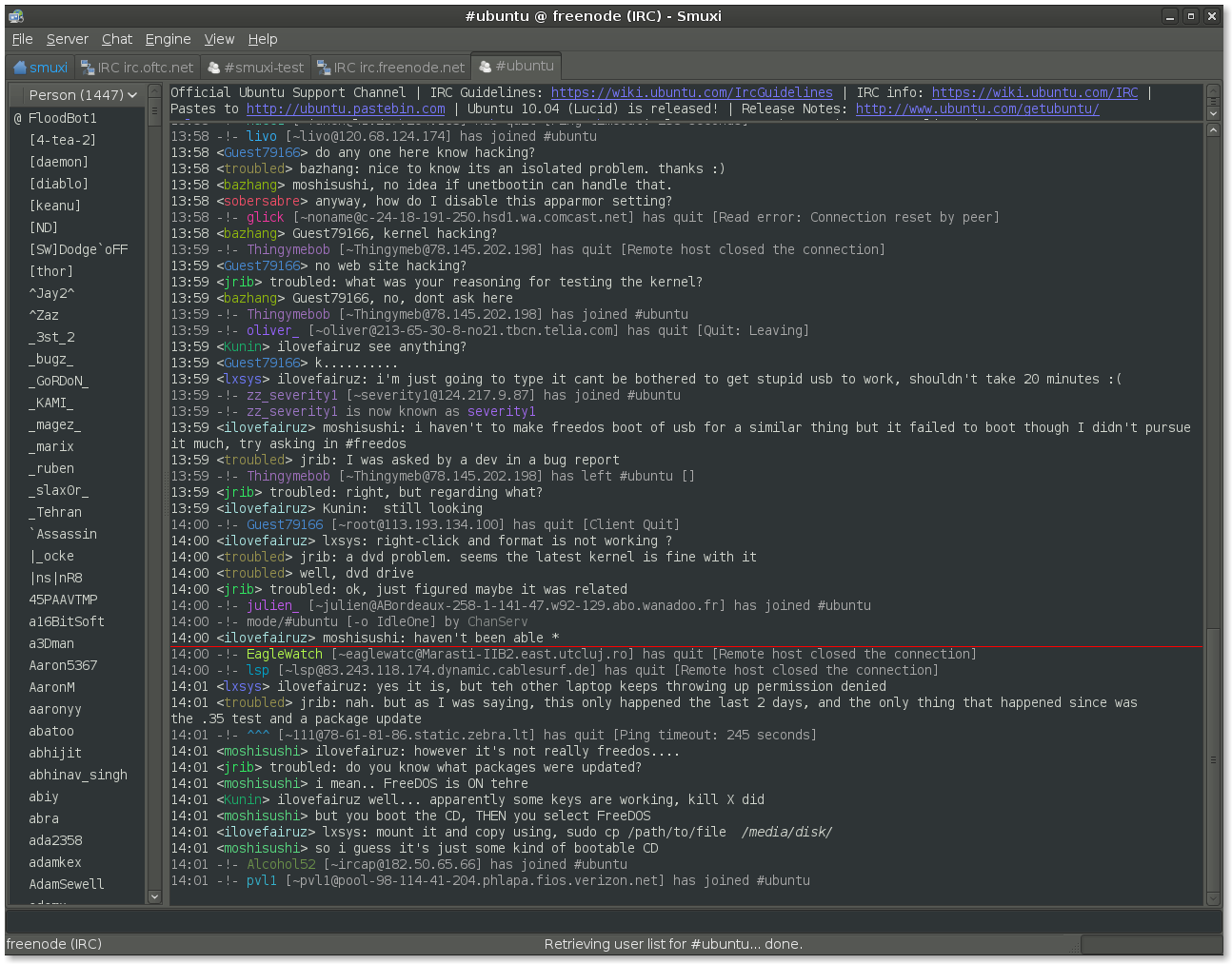