A utility to multiplex ssh dynamic tunnels. Frequently, for instance when proxying a torrent client through a tunnel established with ssh -D, the tunnel will be swamped by traffic. sshsplit spawns multiple instances and distributes the load among them.

An example perhaps serves better. Normally you would: ssh -D 54321 remote-host – to get a tunnel on 127.0.0.1:54321 that goes through remote-host. However, if you are using a network-resource-intensive application (torrent clients for example), this single tunnel will not suffice for, say, 1000 concurrent connections. sshsplit launches several instances of the ssh dynamic tunnel and then load balances between them. If no arguments are passed, sshsplit launches the configuration GUI. Otherwise, for help, run: sshsplit -h. sshsplit can also be configured to use any binary you would like

Open the terminal and run the commands 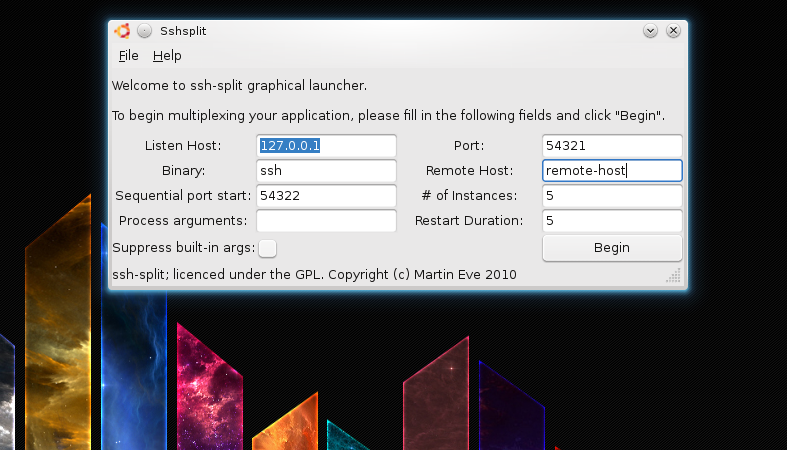