We have already discussed about Ubucompilator and Debianpackagemaker .This tutorial will show you 2 more new applications for creating Ubuntu .deb packages.

GiftWrap is a hassle-free way to create Ubuntu packages. It is designed for anyone who deals with distributing software -- be it theme artists, software developers, or anyone else. In the future, it will support updating of existing packages, uploading to PPA's split packages and more. 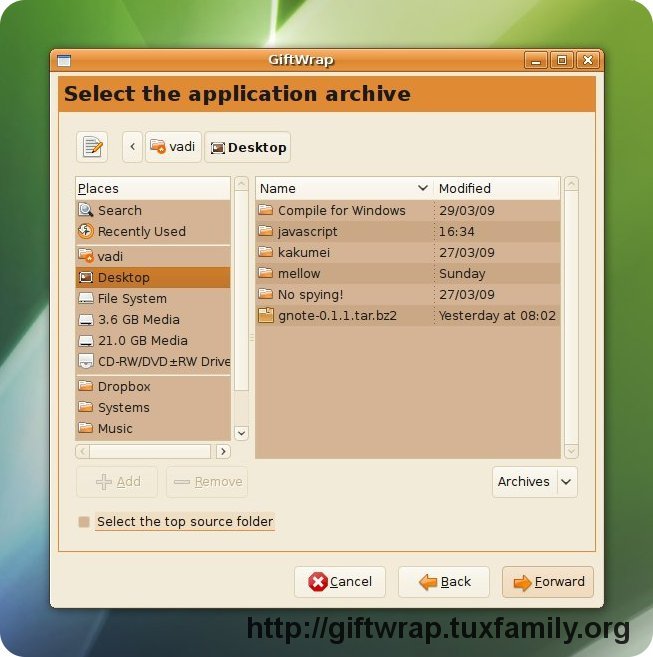 Debreate is graphical utility to help in the creation of Debian packages. New programmers often would like to package their applications, but have no experience doing so. Instructions are available on the web, but are not always easily understood. It may take some time to figure out how to build packages from the console. Debreate was designed with new programmers in mind, but is not limited to anyone.

An easy to use tabbed interface is an excellent feature available for the new programmer. All necessary forms are neatly organized, which will help anyone who is unsure of how to make the control file. Once all necessary sections are filled out and the directories containing the applications files are selected, Debreate creates a generic directory tree and places all files in their proper folders. From there it uses "dpkg -b" to build the .deb package to the destination folder.

Experienced programmers can use it for quicker packaging, or if they just don't feel like creating a generic directory tree and writing out the control file manually. There is also the option to load a pre-made control file.

Debreate is not meant to "unteach" console commands. Future versions will include detailed documentation on how to manually create Debian packages, including how to create the directory tree and control file. Also in considerations is support for RPM packaging. Hopefully Debreate will be a useful utility for any type of user, and aid in the developer community.

Download .deb package from here .Now install this .deb package by double clicking on it or run the following command from your terminal 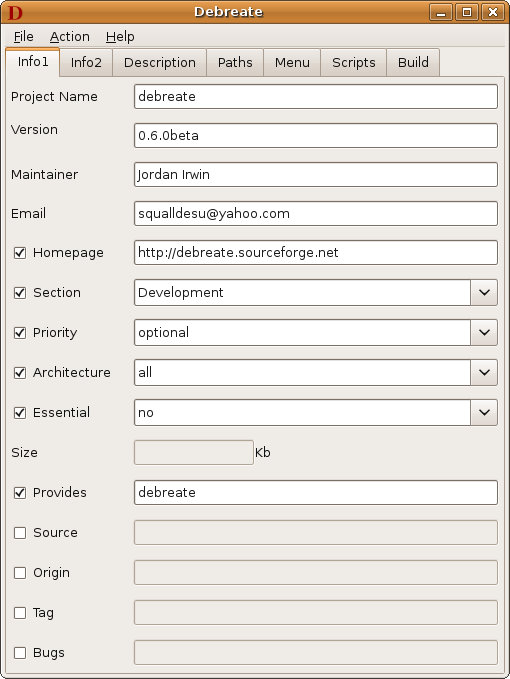