Zero Install is a decentralized installation system (there is no central repository; all packages are identified by URLs), loosly-coupled (if different programs require different versions of a library then both versions are installed in parallel, without conflicts), and has an emphasis on security (all package descriptions are GPG-signed, and contain cryptographic hashes of the contents of each version). Each version of each program is stored in its own sub-directory within the Zero Install cache (nothing is installed to directories outside of the cache, such as /usr/bin) and no code from the package is run during install or uninstall. The system can automatically check for updates when software is run.

This will install all the required files 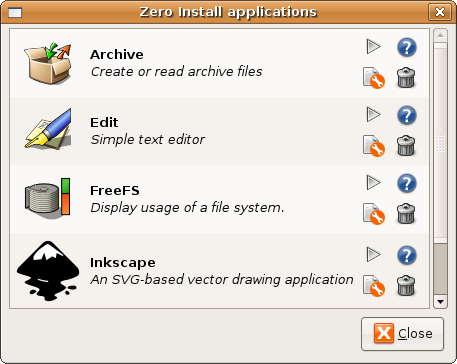