Simple Screen Recorder is a cool open source (GPLv3) tool that allows users to easily capture their screens on video and be performant enough to be suitable for use when recording in-game videos.

Although Gnome Shell comes with screencasting abilities by default, it really isn’t there yet in terms of CPU load and codec functionality and the options are limited and not easily accessible. SSR can act as a straight replacement for every screencasting task under Gnome.

# if you want to record 32-bit OpenGL applications on a 64-bit system: 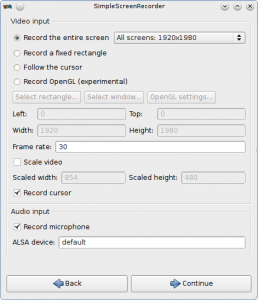