ARandR is designed to provide a simple visual front end for XRandR 1.2/1.3. Relative monitor positions are shown graphically and can be changed in a drag-and-drop way.

* Full control over output positioning (instead of plain "left of") with edge snapping
* Saving configurations as executable shell scripts (configurations can be loaded without using this program)
* Configuration files can be edited to include additional payload (like xsetwacom commands tablet PC users need when rotating), which is preserved when editing
* Metacity key binding integration:
o Saved configurations can be bound to arbitrary keys via metacity's custom commands.
o Several layouts can be bound to one key; they are cycled through. (Useful for "rotate" buttons on tablet PCs.)

You can open from System --> Preferences --> ARandR 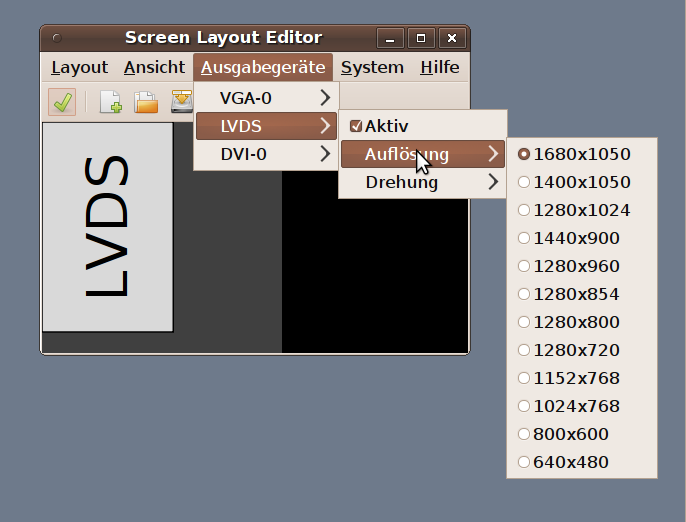