Bleeding Edge is a shell script designed for Ubuntu 32 bit. It installs repositories, keys, and software -- such as media players, codecs, MS fonts, drivers, etc. It also cleans up the system.

You need to download BleedingEdge0_8_4.sh file from here once you have .sh file you need to provide execute permissions to this you can do this by right click on the script select properties or run the following command from your terminal

You can run this script using the following command 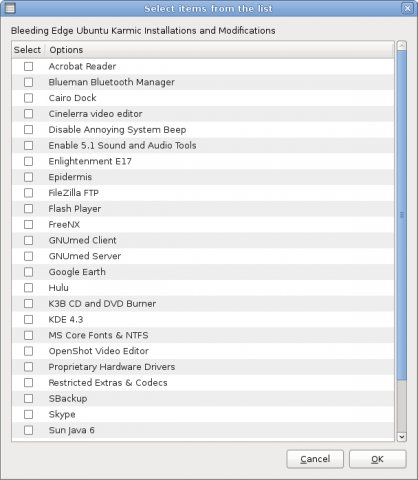