CometSound is a Music player for GNU/Linux written in python, using pygtk and gstreamer libraries.

CometSound
-- collects and shows only the audio files (mp3, wma, ogg) of a given folder recursively
-- allows the user to create playlists and to shuffle them
-- uses Gstreamer multimedia framework, and a GTK+ user interface
-- supports mp3 and wma tags (through python-mutagen)
-- is free software. Released under GNU GPL v2+ License 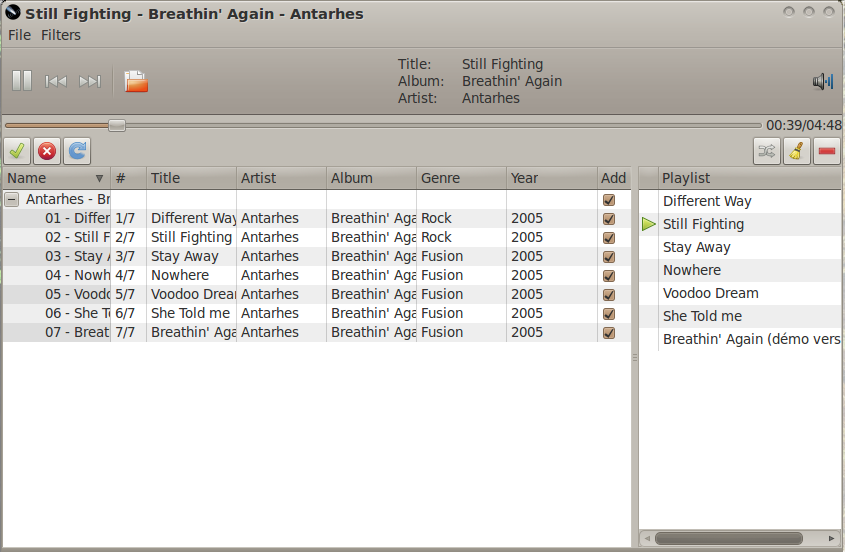