The extension has the ability to detect most settings automatically when launched. It detects your system architecture, OS version, plugins to be removed and selects the best plugin to be installed on your system. It also offer flash update alerts, that detects new beta versions from Adobe Labs. The advanced mode interface also allows to install flash from Google Chrome browser or from a local file.

Flash-Aid is an extension designed to remove conflicting flash plugins from Ubuntu Linux systems and install the appropriate version according to system architecture.

Install Flash-aid on your firefox 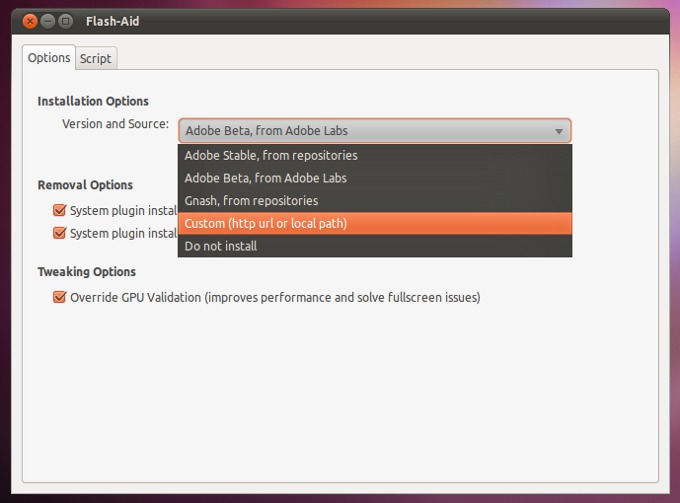