-- Fix saving to URIs, it was broken to only allow exporting, and fix
save/export of compressed files
-- Fix brush spacing for drawing in any direction
-- Increase the maximum size of clipboard brushes and patterns to 1024×1024
-- Make sure data objects are saved when only their name was changed

-- Don't allow single-window docks to shrink smaller than their requisition
-- Make sure a single-window's right docks keep their size across sessions
-- Allow to change the spacing of non-generated brushes again
-- In single-window mode, make Escape move the focus to the canvas,
and beep if the focus is already there
-- Be smarter about unavailable fonts, and don't crash
-- Make clicking the single-window's close button quit GIMP
-- Make view-close (Ctrl+W) only close image windows and tabs, not docks

-- Add a default "Color from Gradient" dynamics and tool preset 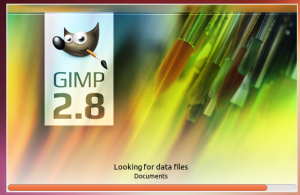 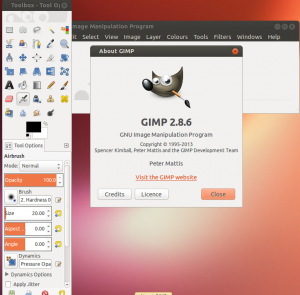