In previous version of Ubuntu, you can create shortcuts to your favorite applications and system locations right on the desktop. These shortcuts are the desktop launchers to quickly launch your favorite applications and system locations such as firefox,Home folder. But, Ubuntu 11.10 Oneiric Ocelot does not allow you to create desktop launchers by right clicking on the desktop like in the previous Ubuntu versions.We have already discussed How To Create Desktop Launchers in Ubuntu 11.10(Oneiric)

This tutorial will explain How to add the "Create Launcher" command to the right click menu in ubnuntu 11.10

Now you need to go to==> usr/share/nautilus-scripts 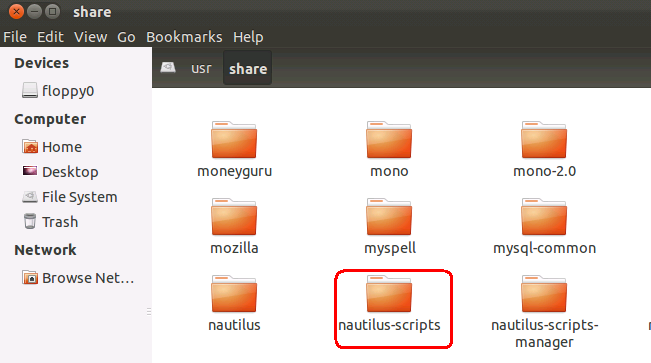 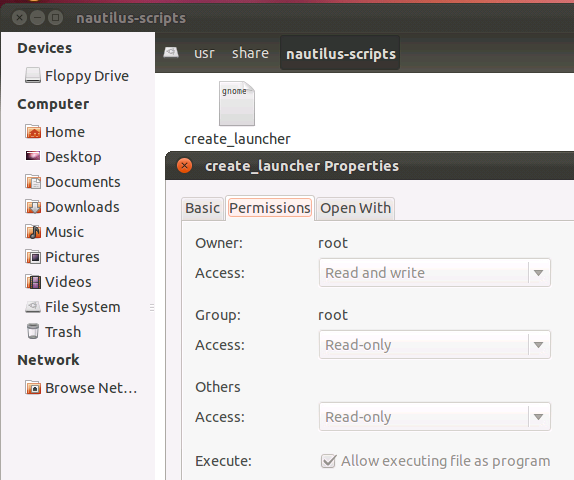 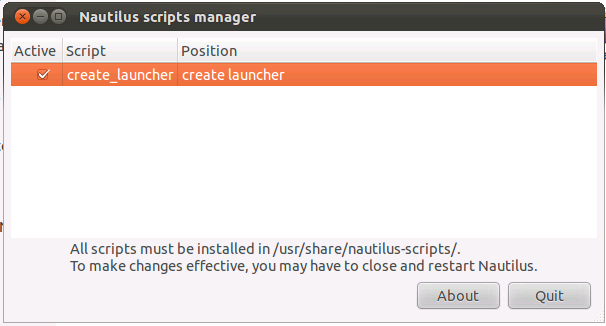 when you reopen nautilus you should now have the create launcher command in your right click menu under scripts.

2 thoughts on “How to add the “Create Launcher” command to the right click menu in ubuntu 11.10”