Quod Libet is a GTK+-based audio player written in Python, using the Mutagen tagging library. It’s designed around the idea that you know how to organize your music better than we do. It lets you make playlists based on regular expressions (don’t worry, regular searches work too). It lets you display and edit any tags you want in the file, for all the file formats it supports.

Unlike some, Quod Libet will scale to libraries with tens of thousands of songs. It also supports most of the features you’d expect from a modern media player: Unicode support, advanced tag editing, Replay Gain, podcasts & Internet radio, album art support and all major audio formats -- see the screenshots.

Ex Falso is a program that uses the same tag editing back-end as Quod Libet, but isn’t connected to an audio player. If you’re perfectly happy with your favorite player and just want something that can handle tagging, Ex Falso is for you.

Simple user interface to Just Play Music if you want
Useful as a small window or maximized, no feeling cramped or wasted space
Album cover display
Full player control from a tray icon
Recognize and display many uncommon tags, as well as any others you want. Especially useful for classical music.

Simple or regular-expression based search
Constructed playlists
iTunes/Rhythmbox-like paned browser, but with any tags you want (Genre, Date, etc)
Album list with cover art
By directory, including songs not in your library

Player control, status information, and querying of library from the command line
Can used named pipes to control running instance.
Now-playing is available as a fixed file 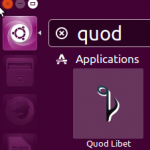 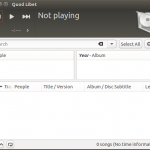 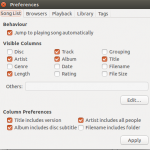 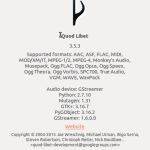