streamtuner2 is an internet radio browser. It looks up the categorized music stations from various directory services, like:

It is written in Python and therefore easy to extend. It mimics streamtuner1 in look and feel, but is an independent rewrite. It's still in a very early development state. It is neither feature-complete nor optimized for speed. It will always consume more memory than the original C implementation.

Planned features for streamtuner2 include: loading of favicons for each music station. Support for st1 plugins which were written in Python as well, dynamic "script" plugins which capture pure web stations.
Additionally a console-only mode is planned, because station lists can thus be exported as JSON or YAML or other list formats.

Download .deb package from here once you have .deb package install by double clicking on it or use the following command from your terminal

You can open Applications --->Sound & Video---->Streamtuner2

Once it opens you should see settings screen 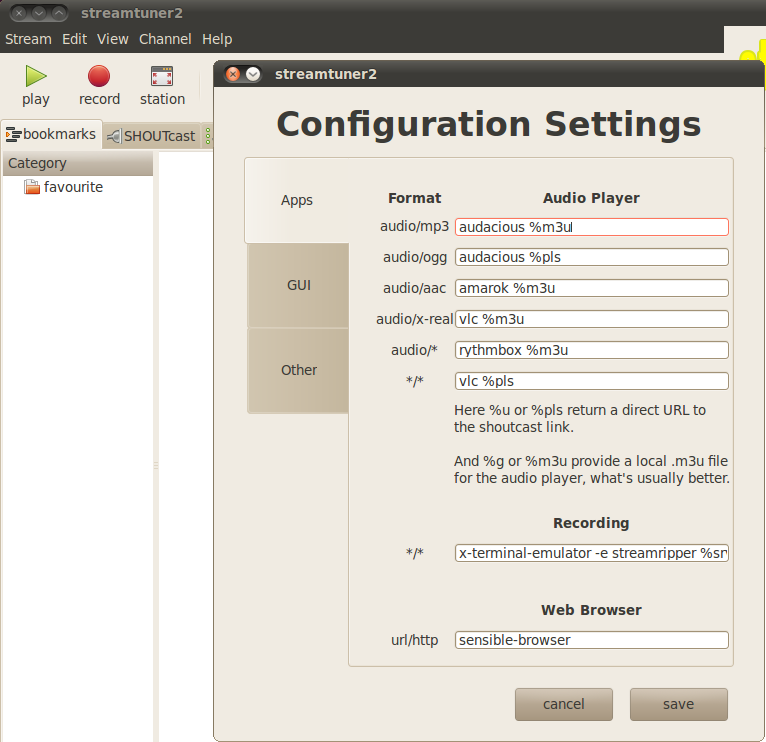 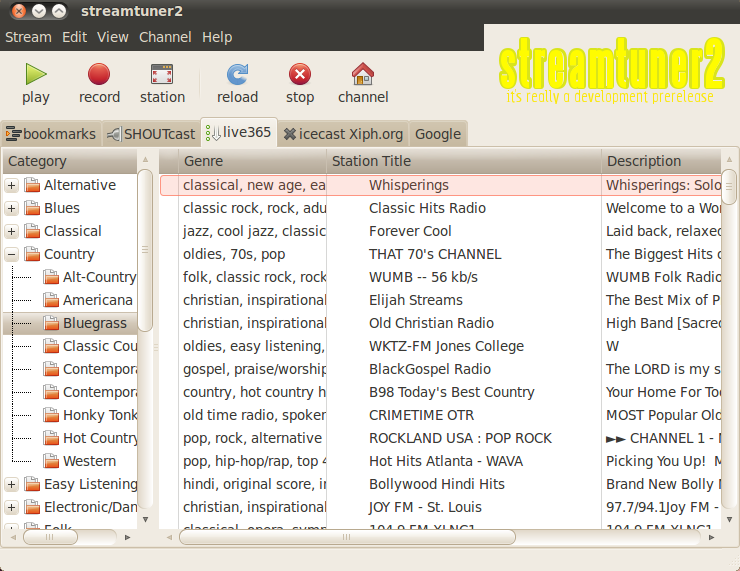