Yet another version of Ubuntu Tweak released. It’s 0.5.2!.It doesn’t introduce any new feathers, but we recommend that everyone should update.This version mainly fixed a lot of bugs.

And We’ve add the highlight support for the new items in Application Center and Source Center. 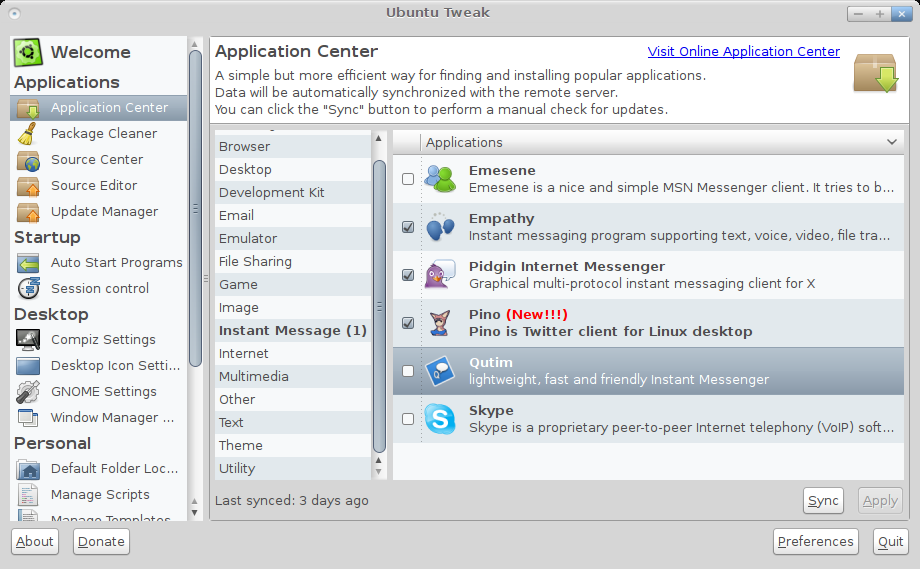 As you see, after a  successful  sync. Ubuntu Tweak may adds new cool applications. How can you find it? Yes, with unread count in category and “New!!!” in application title.