UbuTricks is a program that helps you install the latest versions of several games and applications in Ubuntu.

UbuTricks is a Zenity-based, graphical script with a simple interface. Although early in development, its aim is to create a simple, graphical way of installing updated applications in Ubuntu 14.04 and future releases.

Apps will be downloaded and installed automatically. Some will require a PPA to be added to the repositories. Others will be compiled from source if no PPA is available. The compilation process can take a long time, while installing from a PPA or DEB file should be quick, depending on your download speed.

The install methods are as follows:

The latest versions of the following applications can be installed via UbuTricks:

You can download ubuntutricks script from here Once downloaded, make it executable and either double-click the script or run it from the terminal. 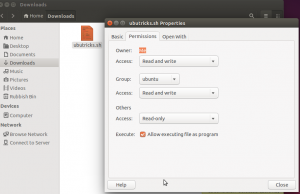 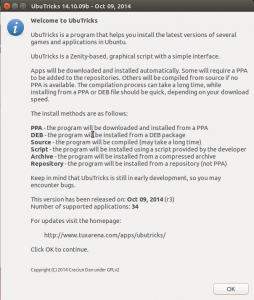 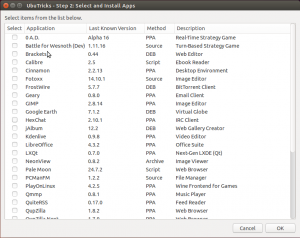