Unity Tweak Tool is Unity configuration tool that aims to expose all the most needed Unity, Compiz, Appearance and Desktop settings in one interface to rule them all. 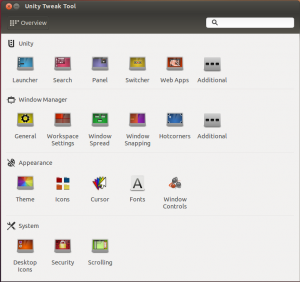