The latest version of VirtualBox delivers some compelling new features, including support for live migration and branched snapshots. Migration capabilities reflect VirtualBox's potential for ascending into the enterprise arena.

Sun's VirtualBox got a big boost on Monday with the release of version 3.1. It introduced a number of significant new features, including support for live migration and vastly improved snapshot capabilities. The open source virtualization tool is improving at a rapid pace.

VirtualBox was created by Innotek, a German software company that was acquired last year by Sun. Although VirtualBox is primarily intended for conventional desktop virtualization scenarios, its developers are adding enterprise features that reflect a growing potential for viability in the server space. The newly-added support for live migration—called "Teleportation" in the VirtualBox documentation—is an impressive example of this trend in the program's development.

Live migration allows users to move virtualized guest environments from one physical computer to another while the guest environment is still running. Although this has somewhat limited value for desktop virtualization, it's a critical feature in data centers where administrators want to be able to seamlessly move workloads between their servers in order to maximize utilization of their hardware resources while minimizing the disruption to ongoing operations.

Live migration is already available in enterprise-centric virtualization solutions and some open source alternatives, including the Linux kernel's KVM virtualization framework. The feature will make VirtualBox more competitive in a number of markets where it was previously not viable for adoption. The implementation is still a bit rough, however, and it will need a lot more polish and integration in the user interface before it will deliver VirtualBox's signature ease of use.

Teleportation can only be invoked from the command line in VirtualBox 3.1. It also requires the user to manually set up identical VM configurations on the physical computers where the feature will be used. The disk image file for the virtualized environment that you want to teleport will have to be on a shared storage medium that is accessible on both computers. The documentation warns that moving a guest environment between computers with Intel and AMD CPUs is likely to result in failure. 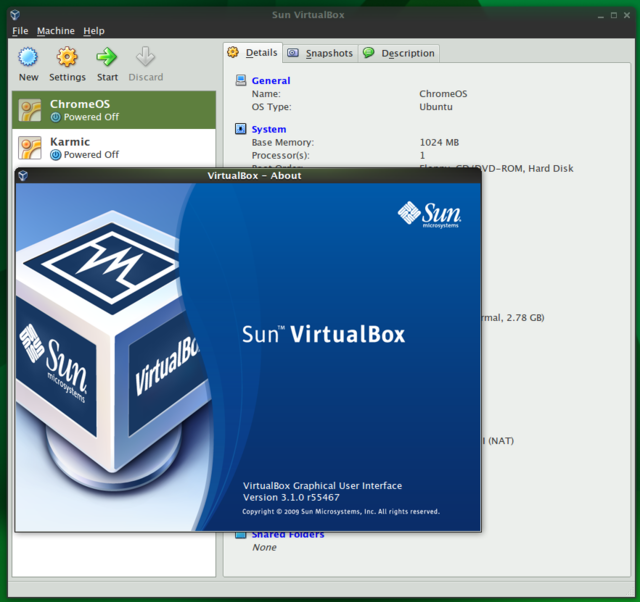