Unsettings is a graphical configuration program for the Unity desktop environment that lets you change some oft the Unity settings.Unsettings can only change your users’s settings, you can’t use it to change global settings or do anything else that needs root privileges.

You can use Unsettings to change the themes for GTK, window manger, icons and cursors. But it doesn’t support the installation of new themes.

With Unsettings you can switch off the global menu and the overlay scrollbars used in Unity.

In addition to just applying the settings Unsettings lets you to save your settings into and load from a text file (JSON format) so you can easily backup you settings or copy them to a different account. 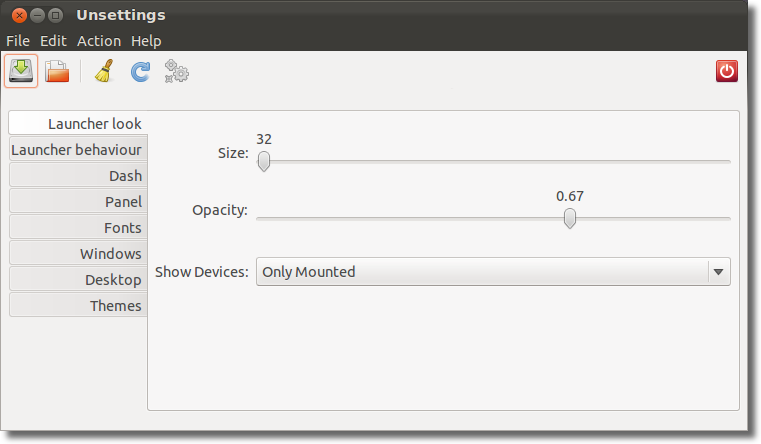