How to install exaile 0.3.2.1 music manager and player in Ubuntu

Exaile is a music manager and player for GTK+ written in Python. It incorporates automatic fetching of album art, lyrics fetching, Last.fm scrobbling, support for many portable media players, internet radio such as shoutcast, and tabbed playlists.

* The shoutcast plugin has been removed from the default install, as shoucast has changed their API and the new terms of service are not compatible with our license.
* The default lyrics provider was changed to lyricwiki, as lyricfly no longer works properly.
* A bug that prevented Exaile from running on very recent versions of pygobject was fixed.
* A bug preventing files from being added via the CLI was fixed. 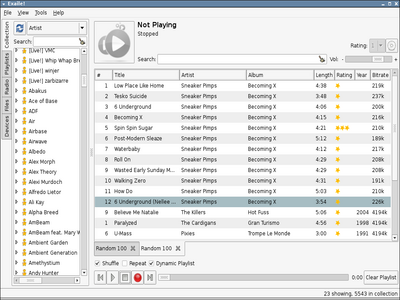