These days, I’ve heard a lot of arguments about the new design of the window control of Ubuntu 10.04 Lucid.Some people like buttons on the left, and some like the right side.I think  the important thing is: how user can change it.So that’s what Ubuntu Tweak does.

It was 0.5.1 when Ubuntu Tweak supports arrange the window titlebar layout.In order to make it much more easier to let user switch the place, I improved this feature in Ubuntu Tweak 0.5.3. Here’s what it looks like.First, you can easily switch from right to left by just one click, it will take effect immediately. 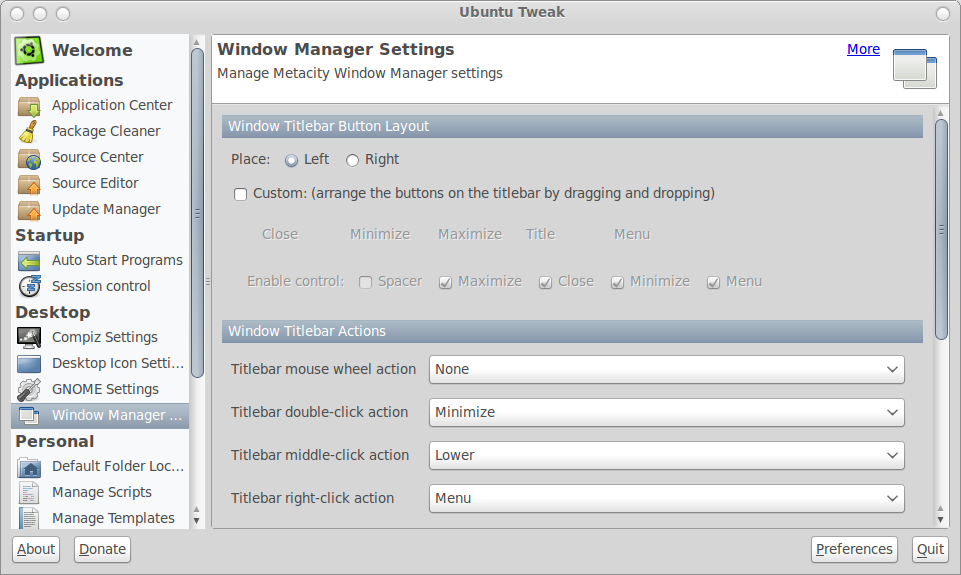 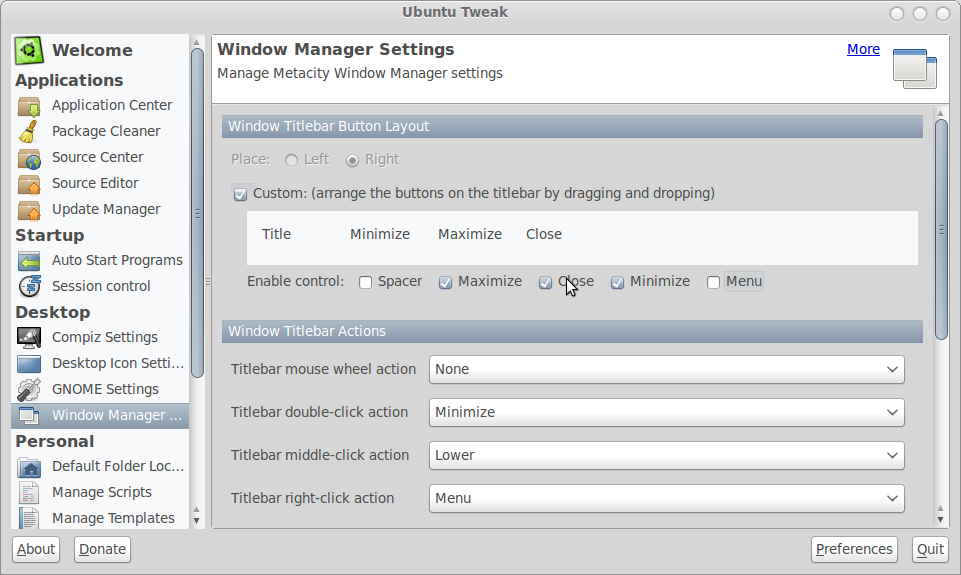